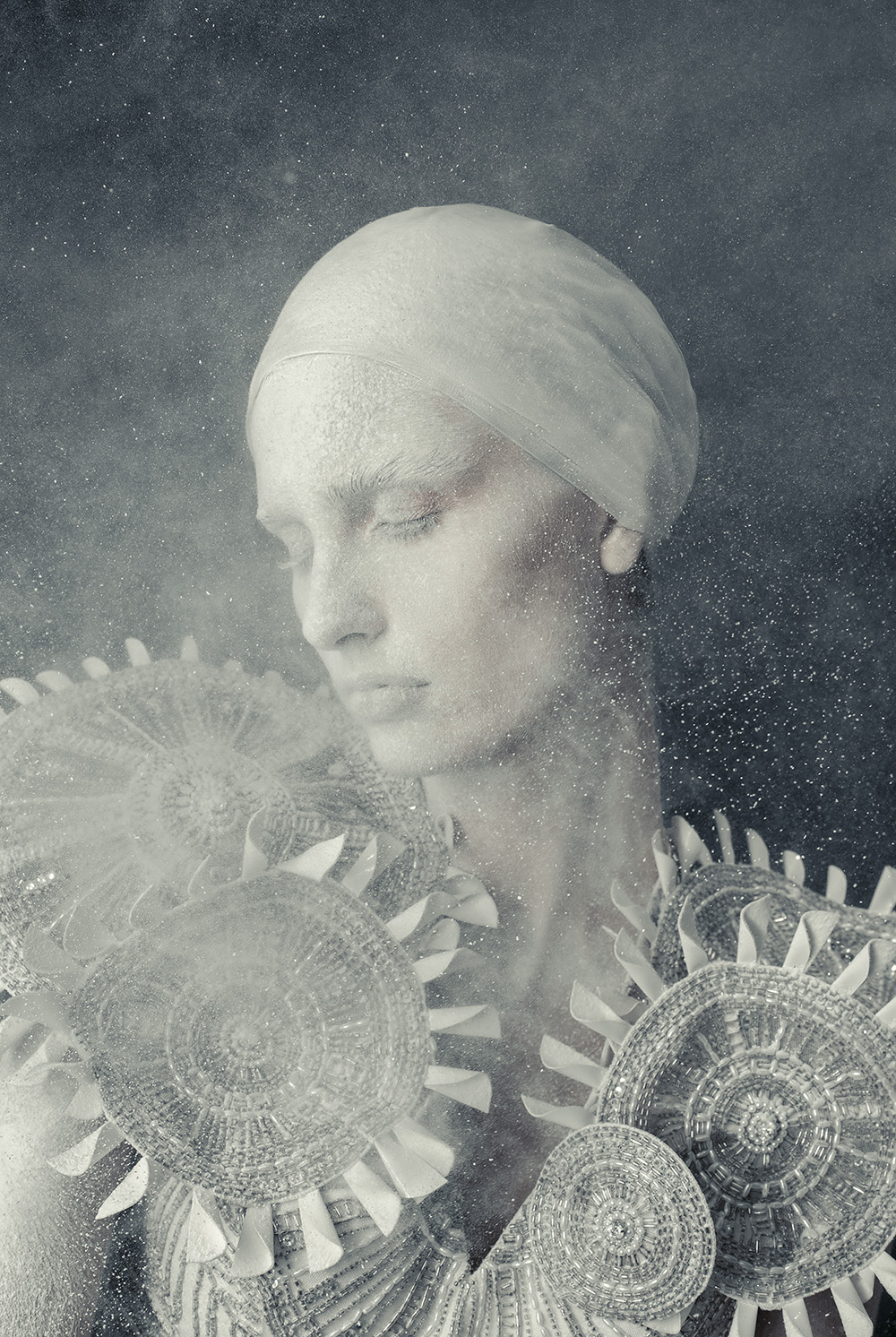 This project is one of my recent creative fashion experiments.
It takes on an idea of Metamorphosis in nature and portrays it through fashion imagery.
For this idea I have shortlisted three characters, following the process of their metamorphosis from start to end:
– Silkworm’s transformation to Silk Moth
– Flower bud’s transformation to Flower and Dry Flower
And Caterpillar’s transformation into a Cocoon and into a Butterfly

The project required a lot of pre-production.
I started off with sketching the idea, framing my shots and compiling the moodboard to share with Stylist, make-up artist and hair stylist. The look of the model was crucial for each character, so there was a lot of coordination required. I was, however, very lucky with the team I had on board- they understood my vision perfectly, at the same time providing their creative input.
Once that part was complete, my team has started on production of props.
I wanted everything to be achieved “in-camera”, so we needed to create surreal exaggerated elements in the frame- cocoon, big rope spheres, paper flowers.
As always, lighting was another crucial part as it can help convey the idea or completely dilute it, depending on light set up you are using.

I wanted to use variety of lighting techniques to emphasize different mood of each state. 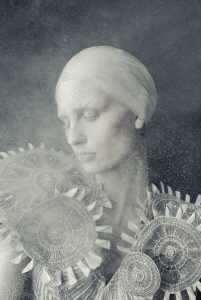 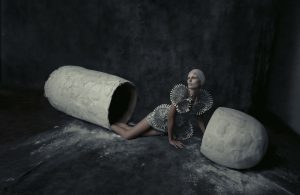 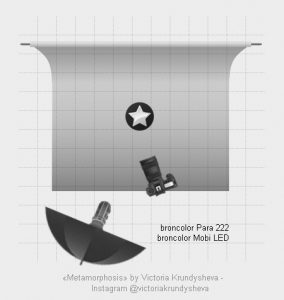 For this character I have chosen a colder mood, focusing on contrast of white styling and white elements with grey and black backgrounds.
The progression of stages is shown through props, such as a human-size cocoon that my team build using paper-mash, white flour and thin ropes to represent silk.
The cold dry feeling that i wanted with contrast and yet mixed softness of light was achieved by using Broncolor Parabolic Umbrella 222 with Mobi LED.

For the second stage – Silk Moth, i needed to highlight hair as one of the crucial elements portraying transformation. 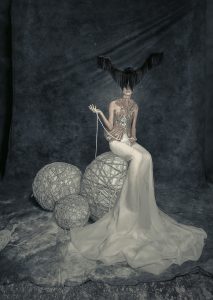 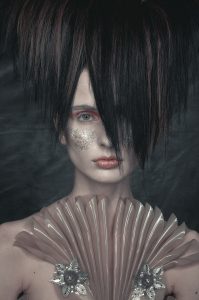 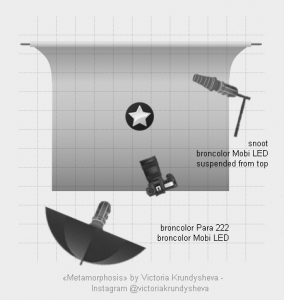 So, apart from Para, I have introduced one more light in the frame- Broncolor Mobi LED strobe with snoot suspended from the top creating a highlight on the background, surrounding the model’s head like halo.

For this character, light needed to be crisp and dramatic and Para was surely the perfect choice.

My next character- Flower Bud. 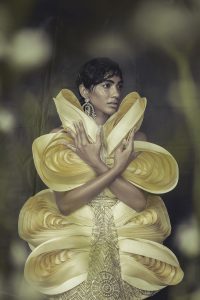 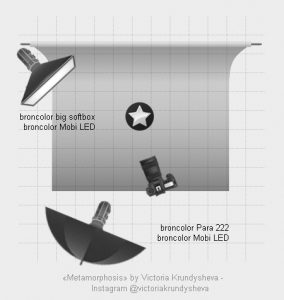 A lot for this character was riding on styling. As we went from having the model in a dress of light yellow color, shaped like a bud to having a bright red dress and to having the same design of first dress in black for the Dry Flower, making the story seemingly come full circle.
At the same time, the make up for The Bud was also one of the focuses- dewy, fresh.
I wanted to have a feeling of natural light, morning light seeping in the frame, wrapping my model.
Sticking to the Para as key light, I used Mobi LED with big softbox as a back light to create that light leak in the frame at the same time highlighting my model’s beautiful cheekbones.

Continuing the theme, my Flower look had a massive red dress with a trail and a big set up of red paper flowers. Para, again seemed like an obvious choice.
However, i wanted to add some drama and emphasise the raw background texture against the gentle textile of the Flower’s dress.
For that I added two background lights from the sides- Broncolor Mobi LED with softbox from one side and Siros L with strip from another, occasionally varying intensity of one over the other. 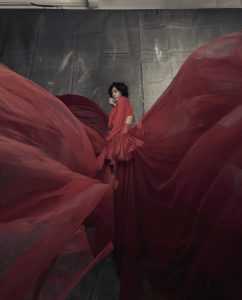 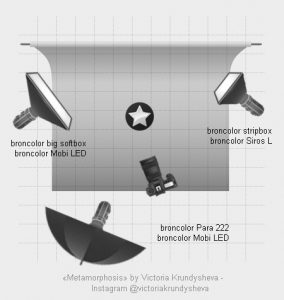 For the dramatic headdress shot I have kept only Softbox on, directing it from the side of my model to create Split lighting. 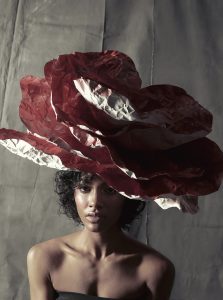 For Dry Flower i continued with the same set up and created a feeling of decay through styling, MUA and hair, as well as adding couole of seemingly dying paper flowers in the frame. 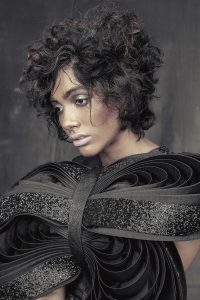 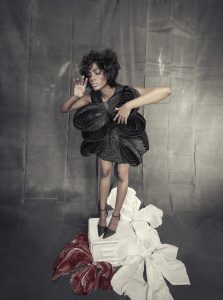 That look needed to contrast the Bud, yet at the same time have visual similarities- just like the dry flower tends to resemble the opening bud in shape.

For my last Character- The Caterpillar I took up entirely different light set up.
My key light in most frames was Broncolor Mobi LED with Octabox. 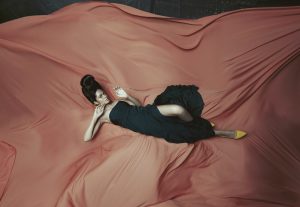 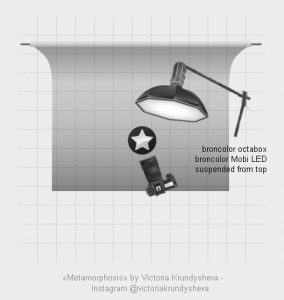 To showcase the caterpillar resting on a petal, i had to take a shot from above.
Which also meant I needed to suspend the Octa from above as well.
My model was resting on a bench that was covered with textile that my assistants were moving and stretching, which helped the image to not look flat.

Next stage- The Coccoon- featured two lights from the side of my model, emphasising the shape and transparency of textile she had wrapped around her. I used 2 Broncolor mobi LEDs with strip from one side and big softbox with cutter (to give it strip shape) from the other. 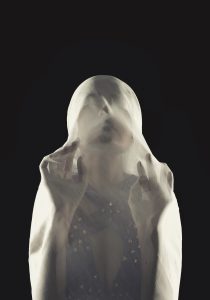 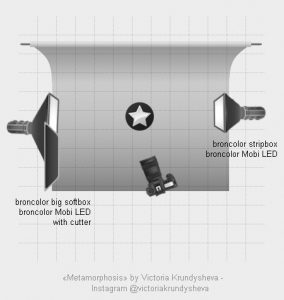 The final stage- Butterfly had a colorful bright dress and dramatic hair. Which also meant the light had to compliment it and make the colors pop. I wanted a harder light, at the same time maintaining a certain dispersion, so I used Broncolor Mobi LED with Octabox, but removing the diffuser. 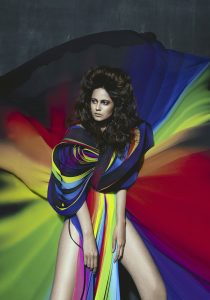 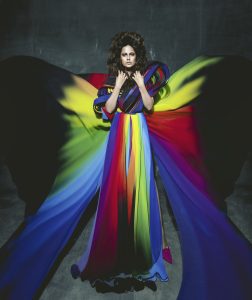 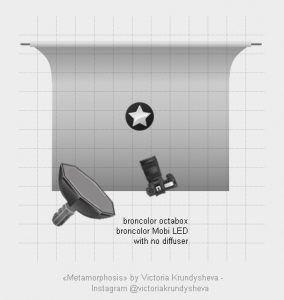 Such variable application of lights and creative direction allowed me to do justice to idea of change and maintain visual integrity of every character successfully. 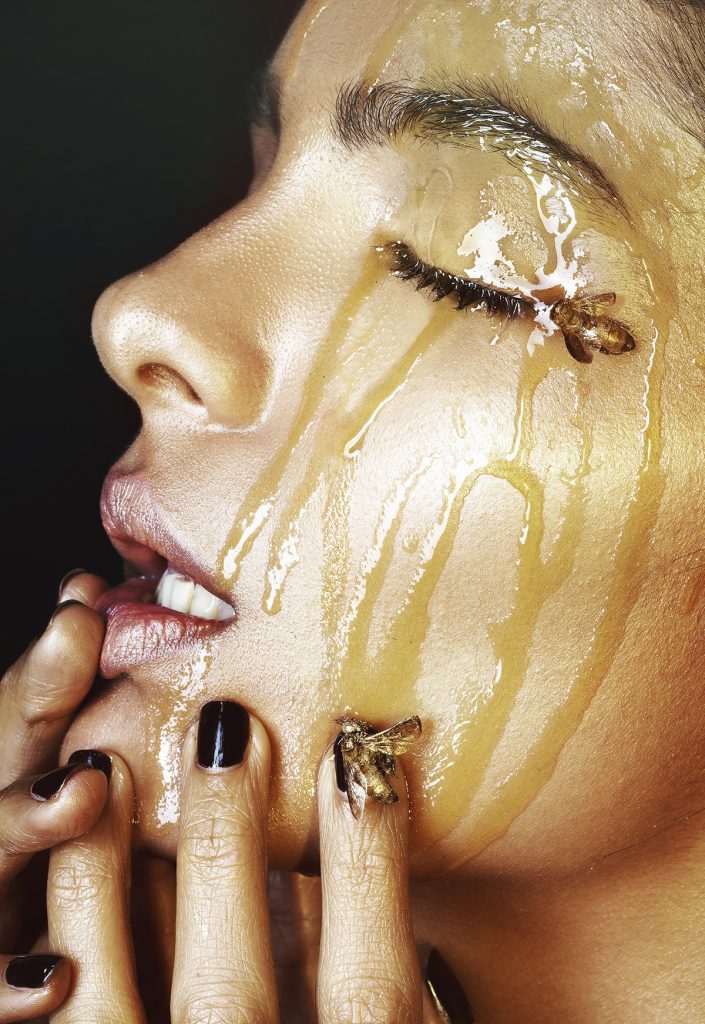 Previous post How it was shot – Sugar and Honey